Hands up if you’re a marketing manager who is fed up with unproductive, long meetings.

Yep, thought so. The inability to hold effective meetings is a common problem within modern businesses, and that’s little wonder when you take into account the myriad of personalities that need dealing with and the complexity of the campaigns that need to be discussed.

Fear not, though, because there are several skills you can learn that will help you lead brilliant marketing team meetings, and we’ve picked out what we believe to be five of the most important.

1. The ability to set an efficient agenda

A three page meeting agenda can be just as ineffective as one that only contains three bullet points, but the latter is far more likely to focus the minds of those in attendance.

Equally, if you set too much detail against each point to be discussed, the chances are you’ll never get beyond the first item on the list. The term ‘if you give people enough rope…’ certainly applies here.

Meeting agendas should be short, concise and only contain the most pressing subjects to be discussed. If you fancy trying it, setting a strict time limit against each item is also a good idea.

At least two people will inevitably disagree over something at your next team meeting. That’s why, as the leader, you need to be able to manage such conflict so that it results in a positive resolution for both parties and – most importantly – for the meeting’s overall goal.

This should come as part and parcel of working in marketing, but it’s easy to forget the importance of brainstorming in team meetings.

We don’t necessarily mean grabbing a white board at the start of the session, more the ability to brainstorm on the fly.

For instance, if someone raises a query to which there’s no clear, immediate answer, the best managers will immediately pounce on the opportunity to brainstorm the matter. 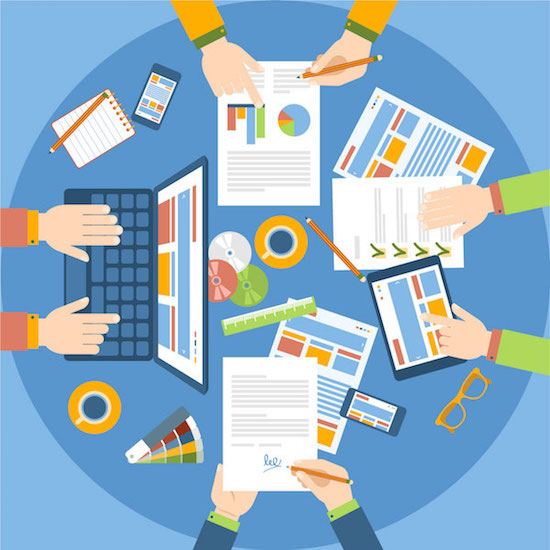 There’s a real art to note-taking. Get it wrong, and you’ll leave your next marketing team meeting with a bunch of scribbles, half-completed sentences and references to conversations you simply won’t remember a few weeks down the line.

Whatever your chosen tool for taking notes (the standard pen/notebook combo or your iPad, for instance), you need to be skilled at taking notes both you and others will understand once the meeting closes.

5. Asking, listening and then asking again

As the manager, you should do the least amount of talking in your team meeting. That doesn’t mean you won’t get to have your say, but it does mean you’ll be super keen on allowing everyone else their moment in the spotlight.

You may just find some people need a little encouragement, which is why you need to master the art of asking, listening and then asking again when something needs fleshing out further.

Meetings absolutely have their place in modern marketing teams. Far too many businesses now dismiss them as nothing more than time wasting, but that’s because the leaders aren’t paying attention to the skill requirements above.

Have you got what it takes to make your next meeting a roaring success?